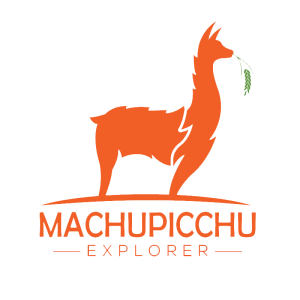 It’s such an important event for Peru that we can explain in three main points: the topics brought up at this summit, the countries committed and the benefits as members of this forum.

As a host of APEC 2016, Peru has chosen as its general theme “Quality Growth and Human Development”, proposing a strategy that aims to facilitate quality and equitable growth in the region, focusing on social and individual progress as central objective to this effort.

Among the personalities arriving for this event, we can name the Facebook founder, Mark Zuckerberg who arrived last night at 23h07, he went through immigration registration. In the middle of a strong police guard, he left Jorge Chavez Airport heading to the Westin Hotel of San Isidro.

The Facebook CEO has a tight schedule for this Saturday at the Asia-Pacific Economic Forum (APEC). Zuckerberg will host the conference entitled “Connectivity Revolution” at 9:00 a.m. Then he will hold a meeting with President Pedro Pablo Kuczynski, and Ministers Jaime Saavedra and Martín Vizcarra (Vice-president).

He will also talk with Chilean President Michelle Bachellet. After this, he will have lunch and hold a meeting with his social network team.

On the other hand, the American president, Barack Obama gives a speech to the young leaders of Latin America at the Catholic University. The US president arrived in Lima on Friday night to participate in the APEC 2016 leaders summit and this Saturday, around noon, met the Peruvian president Pedro Pablo Kuczynski.

During his keynote address, Obama assured that he and his country, although no longer president, will remain partners for Latin America. He also said he will work to create young leaders working for the future of their countries and against climate change.

This event will be held from Nov. 19th to Nov 20th, in Lima – Peru. As tour operators, we consider this event a great opportunity to show the best of our country and will contribute to the development of responsible tourism and our local economies.

For many people, visiting Machu Picchu is a longed-for trip, so we would like to help you by providing updated

How to Buy Machu Picchu Tickets for Students & Children 2019

Are you planning to visit Peru? So, one of the destinations that you must have in mind is to visit